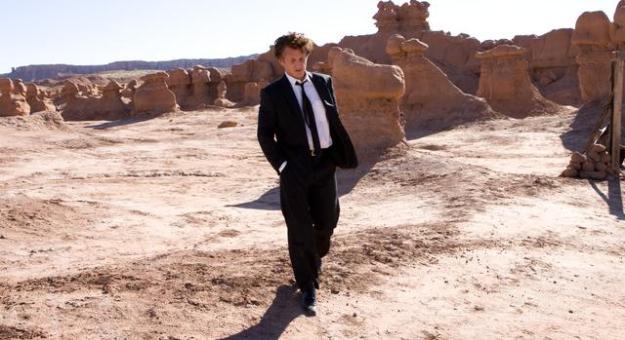 “We can never have enough of nature. We must be refreshed by the sight of inexhaustible vigour, vast and titanic features, the sea-coast with its wrecks, the wilderness with its living and its decaying trees, the thunder-cloud, and the rain.”

When was the last time you saw a film so overwhelming that you were left in a state of trance when the credits rolled? How often do you get to see a bona fide masterpiece on its release? And when was the last time film-going felt so much like an experience, a live event rather than a passive way to kill time? These were the questions, (amongst other existential interrogations including “what am I doing on this earth?”, “is that really what happens in the afterlife?” and “what does it take to cheer Sean Penn up?”) that I was left to ponder as I exited the French cinema in which I was lucky enough to catch the latest Palme d’Or winner.

So I’m one of the “Malick nuts” I suppose, as a handful of sneering critics dubbed us after they shamefully booed the film at the end of its inaugural screening in Cannes. Naysayers have snidely branded The Tree of Life variously as a preachy, ridiculously self-indulgent eccentricity; a megachurch feel-good clip; an overlong life-insurance ad with an IMAX science documentary squeezed in between two acts of a conservative family drama filmed in saccharine Malick-O-Rama and woodenly interpreted by Brad Pitt’s clenched jaw. Ah, the cynics. If this is the case, I guess it’s fair to describe 2001: Space Odyssey as a tedious pagan absurdity retelling the space travels of a silly black brick, featuring grown-men in cheap monkey suits.

Yes, I’m throwing 2001 in there already: The Tree of Life undoubtedly belongs to that exclusive category of over-ambitious, megalomaniac filmic UFOs, the one-in-a-decade (or maybe less) celluloid miracle. In recent memory, only Enter The Void shares the same dreams of grandeur, the same hunger to explore the limits of the medium and blow apart the conventions of the form, but next to Malick’s meditation, Gaspar Noé’s hallucinated trip, though not devoid of qualities, looks minuscule and puerile.

The Tree of Life opens with one of the most disorienting half-hours of film you’re likely to see – an abstract maelstrom of recollections and allegories going back and forth in the later stages of a Texan family’s history that constitutes the loose narrative thread of the feature. We learn that the mother had to “give away her son to God” on his eighteenth birthday. What took the beloved scion (war? illness? an unsuccessful trial at Arsenal?) we’ll never know. This divine injustice triggers a lifelong existential crisis in his less-exemplary brother, played as an adult by a severe Sean Penn seemingly carrying the whole of human misery on his weary shoulders as he roams through gigantic steel buildings and corporate rooms – these notorious “non-spaces” that the modern man inhabits in stark contrast with the luxuriant countryside of his childhood. If this doesn’t sound confusing, it’s because everything makes sense by the end of the film.  At that moment, however, it feels like Malick is plunging your head under water and keeping it submerged, like a Baptist preacher half-drowning his new recruit in the strong current of a river. Aqueous metaphors abound through the film from waterfalls to garden hoses, water dually encapsulating the now-famous concepts Malick elucidates: the way of nature – forceful, overpowering, masculine, and the way of grace – soothing, protective, feminine, also incarnated by the antagonistic figures of the father and the mother – “always wrestling inside me” whispers Jack, the conflicted son, at one point.

So where is God in all this? Everywhere, son, everywhere. Malick’s take on religion is unquestionably pantheist, filming the green suburbia like the Garden of Eden. The Tree of Life may actually be the most important transcendentalist work since Thoreau’s Walden (an author with whom he shares the recluse ways and the obsession for self-reliance and absolute control), fitting perfectly in that peculiarly American school of thought that combines unapologetic self-involvement and a direct, borderline-pagan approach to the Creator through nature. And what’s more quintessentially American than a Midwestern middle-class family in the 50s? While the O’Briens may be based on Malick’s own roots, they are first and foremost a myth, in Roland Barthes’ sense of the term: the Adam and Eve of the director’s transcendentalist utopia.

This is why I struggle with the recurrent accusation that The Tree of Life is a work of fanatical preaching, as Malick’s transcendentalist inclinations can potentially accommodate most agnostics in the sense that he doesn’t challenge our scientist vision of the world by relying heavily on the Big Bang theory and Darwinism to depict the origins of the universe in the much talked-about cosmogonic segment. There’s no creationist fundamentalism or even a glimpse of a white-bearded dude as The Man Upstairs. Malick simply celebrates the miracle of life, its randomness, its convoluted trajectory from the infinitely big (the sun, Jupiter’s rings) to the infinitely small (the first ever cells duplicating); an exercise in micro/macro filmmaking. He’s a philosopher, not a pastor, and I couldn’t help but think that bizarrely, his representation of afterlife – which may also be Sean Penn’s inner world, it’s not clear – has actually a lot in common with the infinite, post-apocalyptic beach where the rebel clone ends up in the last chapter of Michel Houellebecq’s The Possibility of an Island (by any standard, not a very Christian book), which also serves as an allegory for the impossibility of happiness that dooms the human race.

However, if there any flaws to find in The Tree Of Life, they would be in these two segments: the creation of the universe bit (an old Sisyphean project originally called Q and previously envisaged as a companion piece) and Sean Penn’s character existential walkabout. These two gloriously eccentric sidetracks do not ruin the whole, far from it (I must admit my inner 10 year old got quite excited when the CGI velociteraptors appeared), but, in fine, they’re not essential – a bit like the curiously incidental third brother in the O’Brien family. The film could stand alone consisting solely of its angular central stone: the family drama, undoubtedly its most magnificent and memorable part.

What’s so brilliant about this visceral portrait of a relatively common father and son Oedipal relationship is how Malick sublimes this commonness into a vivid reconstruction of the universal pain of growing-up that unites all little boys (the religious types will probably read it a metaphor of our own bond to God, that unkind disciplinarian Father). Almost every shot – all breathtaking, the camera having an eerie weightlessness, always mobile, always fluid, organic even, an invisible force of nature that carries you away like the torrents of water dear to the filmmaker – contains a Proustian moment that will reignite a long-forgotten sensation. This elliptically paced accumulation of unearthed souvenirs, perfectly captured by Emmanuel Lubezki’s sharp photography, Jack Fisk’s superlative set design and Alexandre Deplat’s haunting score had a truly dizzying effect on me, and I don’t think I was the only one. It’s even weirder when you realize that a twenty-something man such as myself ends up agreeing with old Roger Ebert about the film’s uncanny ability to connect immediately to your own personal experience. This identification is facilitated by the young Hunter McCracken, equally bringing incandescent rage and disarming fragility to a performance described by Bret Easton Ellis as the best by a male child since Henry Thomas in E.T.

This avalanche of literary name-dropping is not uniquely triggered by a self-conscious need to impress my potential reader, but mostly because The Tree of Life, despite its formal mastery, is the work of a director almost obnoxiously oblivious to what’s been done before in his chosen field, uninformed by its recent history and only referring to his previous oeuvre. The Tree of Life is truly an humbling lifetime achievement.

One the most popular formula used to patronize The Tree Of Life in the media has been to describe it as “sublimely ridiculous”, a tag reminiscent of Edgar Allan Poe’s dismissal of transcendentalists as tree-hugging idealists “lapsing into mysticism for mysticism’s sake”, which earned them the not-so-kind nickname of frogpondians. There is indeed a pivotal scene in the film involving a frog out of its pond that could serve as fitting concluding analogy. Captured by a group of kids indulging their early sadistic impulses, the reptile is attached to a miniature rocket, which is set ablaze. That little creature, snatched from its idyllic pond to embark on a cosmic journey, may well be the mysterious Terrence Malick.

Guillaume Gendron runs the culture and music blog Le Double G and can be followed on Twitter @ggendron20.