I recall that the appointment of Timothy Dalton as the fourth official actor to play James Bond, following the retirement of Roger Moore, caused some confusion in my postal district. Up until that point, Dalton had been largely known as a stage actor and was only familiar to us as Prince Barin in the enjoyably barmy Flash Gordon. Dalton’s debut came in 1987’s The Living Daylights, which I will confess remains perhaps my least favourite Bond film, and makes Dalton my least favourite Bond (George Lazenby’s brief miscasting aside).

A Bond fan’s view of their favourite era tends to depend on age; my parents’ generation grew up with Sean Connery, the suave, definitive Bond (in their eyes), while I was used to Roger Moore’s irony-laden, eyebrow-raising model. Those who came of age in the ’90s will have enjoyed Pierce Brosnan’s amalgamation-Bond, and Daniel Craig has brought the franchise up-to-date, with his post-Bourne/post-9/11 action hero. The character has something in common with Doctor Who, as an icon with a dedicated fanbase, with each reinvention the subject of enormous interest and controversy. 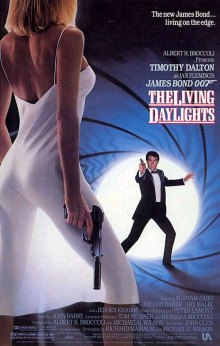 Dalton, however, seems to have fallen through memory’s cracks, almost obscure enough to warrant a quiz question, but too recent to have been entirely forgotten. However, the story of his casting as 007 reveals a wider tale of missed chances, second chances and actors being in the right place at the right time (and vice versa). Indeed, Dalton only got the role when he did because Brosnan was unavailable due to contractual obligations with the TV show Remington Steele. In many ways, the history of those who didn’t play Bond is more interesting than that of those who did, and takes us into some surprising areas.

Bond’s creator – Ian Fleming – was keen to bring his character to the big screen and was involved in the production of an early screenplay called James Bond, Secret Agent, written with Richard Burton in mind. However, Burton rejected the role and the Bond film was shelved until Cubby Broccoli’s production company Eon obtained the rights and a film dynasty was born. Eon initially held a contest to ‘find James Bond’, which was won by an obscure model named Peter Anthony. It quickly became clear that Anthony could not act, leading Eon to begin a search for an established actor capable of filling 007’s shoes.

Many stars of the day were linked with the part – James Mason, Trevor Howard and even Cary Grant were considered – but, following the decision of first choice Rex Harrison to reject the role, Broccoli settled on a young Scottish actor named Sean Connery (incidentally, this casting choice influenced Fleming’s later portrayal of his hero in his books, as he added a previously unheard of sense of humour and Scottish heritage). Connery retired (briefly) from the role in 1968, at which point a then 22-year-old actor was approached to replace him. His name? Timothy Dalton. Dalton refused the part, believing that he was too young for the role, the first of a series of fateful decisions which would come to define the Bond series. Instead, Lazenby was cast (apparently beating One Million Years BC star John Richardson to the part), making his only appearance in 1969’s On Her Majesty’s Secret Service before Connery returned.

Briefly researching the list of those linked with role of 007 is notable for the sheer number of actors considered, but even more surprising is their disparate styles; from professional Yorkshireman Sean Bean to Cold Feet posho Robert Bathurst; from tuxedo-sporting Bond wannabe Clive Owen to anti-Semitic has-been Mel Gibson; from family friendly Hollywood star Sam Neill to Brodie-from-The-Professionals Lewis Collins; and from ballet dancer Antony Hamilton to actual Frenchman Christopher Lambert. 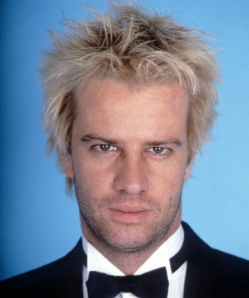 Those of you who have read Fleming’s original Bond books will recall that his creation was a rather different character to most of the portrayals which have appeared on the big screen over the fifty years since Connery first took to the screen in Dr No. Fleming’s Bond was a difficult and conflicted man, displaying many of his creator’s own prejudices (sexism & homophobia were par for the course). He is described in the novels as having been born in the early 1920’s, resembling musician Hoagy Carmichael, with a scar on his cheek, grey/blue eyes, a cruel mouth and as standing six feet tall, with a thin build. From this we can perhaps judge which Bond actor has been most faithful to the original 007; we can probably discount Moore’s ironic, elderly stint, which seemed to be based more on his earlier portrayal of The Saint than Fleming’s novels. Connery, as mentioned, became more of an influence on the Bond novels than they were on him, while Brosnan’s reinvention seemed to be an amalgamation of his favourite aspects of Connery and Moore, a smug, post-cold war heartthrob mixed with a witty, heart-in-the-right-place ironist. As good as Craig’s current incarnation may be at running up cranes and modelling swimwear, he surely bears no resemblance to the James portrayed in Fleming’s books. Perhaps then we should re-evaluate Dalton’s contribution to the canon?

The Living Daylights, based on a late short story by Fleming, sees Dalton reinvent Bond as a harder, more serious character than we had seen previously. The rather convoluted plot sees 007 deployed to oversee the defection of a KGB agent and discovering that the KGB themselves appear to have rebooted their policy of “Smert’ Spionam” (“Death to Spies”). As he crosses Europe and Afghanistan, it becomes clear that Dalton’s Bond has more in common with the character of the early novels than that of his film predecessors; gone are the painfully comic asides, the easy charm and the much parodied silliness. Instead we have an actual spy thriller, with all the complexities that involves. The problem is, that’s not what I look to Bond for; having scratched my head through last year’s inexplicably lauded Tinker Tailor Soldier Spy, I clearly lack the intellectual chops to deal with any spy film which doesn’t involve chasing Russians through space. Perhaps I’ve come to love the screen Bond as an entirely different character to that of the books; for me Dalton is just too damn straight.

So, where next for James Bond? A quick perusal of the internet shows that bets are already on for Craig’s successor in the iconic tuxedo, with CGI’s Sam Worthington the hot favourite, followed by Tom Hardy & Christian Bale (a potentially over-serious 007 if ever there was one). There is also the ongoing debate about whether it’s time for a black Bond, with Will Smith (rather absurdly) being mentioned; my own preference would be Adrian Lester. This appears to be a controversial subject (Bond’s a white guy, right?), but I refer you to Idris Elba’s quote in Bim Adewunmi’s excellent recent article in The Guardian: “Can a black man play a Nordic character? Hang about, Thor’s mythical, right? Thor has a hammer that flies to him when he clicks his fingers. That’s OK, but the colour of my skin is wrong?”

Bond remains Fleming’s creation, but has evolved so many times that he is essentially the property of whichever actor is playing him at the time. This makes him a character for the ages and goes some way to explaining why Dalton’s ‘true to the text’ 007 in The Living Daylights is perhaps the least fun of any film in this much loved series.

Blogalongabond is the ingenious brainchild of blogger The Incredible Suit. Contributor Michael Mand can be followed on Twitter @grindermand.