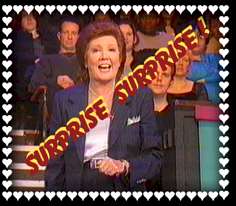 Ladies and gentlemen, I’ve just seen the new remake of John Boulting’s 1947 spiv-thriller Brighton Rock and, let me tell you, it is one of the most pointless, plodding non-entities of a film I have sat through in a long time.

Serviceable enough for half and hour, and held aloft by Sam Riley’s performance (although he looks distractingly like Pete Doherty) as teen menace Pinky Brown, the film utterly loses content, threat and momentum, drifting into a grey, sludgy, suspenseless TV drama with inappropriate choral swells, a singularly unthreatening cameo from Andy Serkis and a vapid turn from Andrea Riseborough as the hopeless, put-upon female lead Rose: a one-dimensional, hugely frustrating vacuum of suffering, suffering, stupidity and more suffering.  Furthermore, if there was a good reason to update the film to the 1960s, other than to insert one deus-ex-machina scene about Mods on bikes, then it escaped me.

Watch the original, and scratch your head. It makes Gus Van Sant’s Psycho look vital. Why? Why? Why?