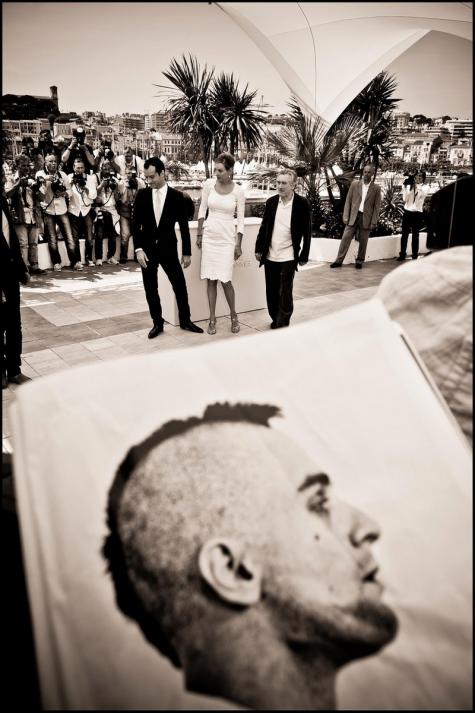 A blast from the past (photo by Xavier Lahache)

He never really left, but we kind of missed him.

Robert De Niro is back where he belongs, at the centre of the film world, presiding over the Cannes Film Festival from the height of his past greatness just as fresh digital prints of Taxi Driver are hitting our screens (there’s also a nationwide re-release of The King of Comedy in France coinciding with the festival).

Is there anything left to write about Bob, the emperor of thespians, the legend of the New Hollywood, the pope of Method? Like an antique Roman sculpture, he’s a reminder of a better, different time when cinephilia ruled supreme over the box-office, before summer blockbusters, franchises and “reboots”, a time when cinema-goers were treated as intelligent, thinking adults and not de-cerebrated teenage monkeys spending their pocket money on popcorn. A time when films were a cultural event, defining the era, a source of endless dinner conversation, rather than plain entertainment. De Niro’s career, or at least the miraculous first twenty years of it, is a time capsule containing everything we loved about American cinema, constituting the reptilian memory of any modern movie-brat.

For a time, our hearts balanced between him and Al Pacino in a disputed fight for the title of the Greatest, as tight a contest as Cassius Clay versus Muhammad Ali would have been, until everyone agreed that Bobby won that one by K.O in Heat. This was more than fifteen years ago and since then, as if exhausted by the cost of this pyrrhic victory (the gruelling physical transformations, the maddening mental preparations), not much has happened. We’ll make an exception for his bittersweet, misty-eyed performance in the sweetly nostalgic Jackie Brown (1997), his humble goodbye to Cinema with a capital C. Today, Mr. De Niro is a businessman, making the odd cameo or self-parody here and there, but staying mainly focussed in endlessly expanding his real-estate empire and opening new exotic-chic restaurants.

And don’t look for an heir to the throne either. It won’t happen again, and no, Leonardo Di Caprio is not a contender, despite Martin Scorsese’s desperately obstinate attempts at moulding a new, younger alter ego with a similarly italian sounding two-part surname. As Bobby himself admitted in a recent interview, this kind of masculinity, this virile intensity, is gone. Times have changed and the current cinematic landscape, shaped by risk-shy Hollywood suits believing that comic-book adaptations are solely able to fill cinema seats, won’t allow it.

So, with our hearts heavy with nostalgia, we’d like to commemorate the genius of Bob De Niro, a man we love(d), by humbly presenting the PPH Alternative Guide to Robert De Niro, from the forgettable to the sublime. 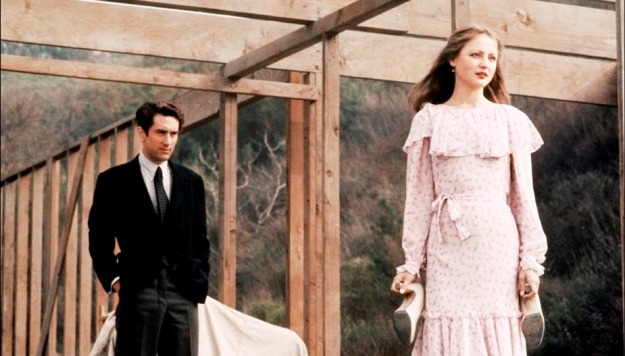 You know your Travis Bickle from your Jake La Motta, you’ve seen The Deer Hunter and don’t even lie when you claim you’ve watched the entire Godfather saga.  But don’t consider yourself a Bob’s connoisseur until you checked these more-or-less forgotten gems:

Still basking in the violent glory of his tantalising turn in Taxi Driver, Bob decided to wrong-foot the entire world waiting for another traumatising, soul-baring incarnation and gave instead one his most delicate compositions. In Elia Kazan’s farewell to cinema, he plays a movie mogul during Hollywood golden age, a frail Fitzgeraldian hero obsessed by the only woman he can’t have, wandering through the grandiose sets of fake stucco with the dangling arms and dreamy eyes of a lost child, living vicariously through the tame romcom he produces. This melancholic cautionary tale of a man who understood cinema better than anyone, but didn’t know how to live contains a magistral face-off with Jack Nicholson bizarrely left unmentioned in most film history books. From the über-physicality of Travis Bickle to the fragile loneliness of Monroe Stahr, De Niro was already demonstrating he could do it all, but few people saw it at the time. Elia Kazan stained reputation (McCarthy, etc.) didn’t help either.

Misunderstood at the time of its release, The King of Comedy is probably the least celebrated work from the Scorsese-De Niro partnership. However, a breeze of revisionism is gently pushing the film towards the top of critics’ lists, and nowadays there’s nothing trendier in some circles than to announce that The King of Comedy is your favourite offering from the Italian American package. It’s only right, as the duo’s first foray into comedy is truly visionary, foreshadowing reality TV and more generally the Warholian syndrom of fame for fame’s sake that governs today’s pop culture, served with a deadpan, sombre humour a la Andy Kaufman. Essential.

De Niro’s unsung contribution to the 80s institution that is the buddy movie. Teaming up with Charles Grodin (the suburban dad of the awful Beethoven films) for Martin Brest, arguably the “inventor” of the genre with Beverly Hills Cop, Midnight Run is a faultless product of its time: silly macguffin, swift execution, excellent supporting cast of farcical mugs (Dennis Farina, Yaphet Kotto, Joe Pantoliano) and terrific dialogue, benefiting from De Niro’s science of improvisation and Grodin’s timing. Midnight Run was also perhaps Bobby D.’s first truly commercial film, a new direction that would be confirmed in the next two decades, when he tended to abandon auteurs for an easy payday in the world of home entertainment. If they were all half as exhilarating as Midnight Run that wouldn’t be so bad, but it didn’t really turn out that way…

I admit it, this could be easily dismissed as a cynically provocative choice, as Ron Howard’s “pyrotechnic” take on Chicago’s firemen (haha, see what I did here?) is from the start burdened by some MAJOR flaws: a) William Baldwin b) William Baldwin c) William Baldwin and d) one of Kurt Russel’s most ridiculous lines (that’s my brother goddamit!). However, I developed a soft spot for this film whose charm relies purely on nostalgic factors.  A quintessential production of the early nineties, Backdraft is a post-Top Gun over stylised action film full of deeply homoerotic machismo, terrible cock-rock music, MTV-style colour filters and pre-CGI tour-de-forces (the fire is alive man!). Most of Bob’s screen-time was cut in the editing room, transforming his contribution into the kind of 4-star cameo, handmade performance of the tutelary figure that he’d specialise in for the rest of the decade. As the blasé, heavily scarred, smoking-on-the-crime-scene arson investigator, he’s never been so badass playing a good guy (he’s even nicknamed Shadow – seriously, how cool is that?) 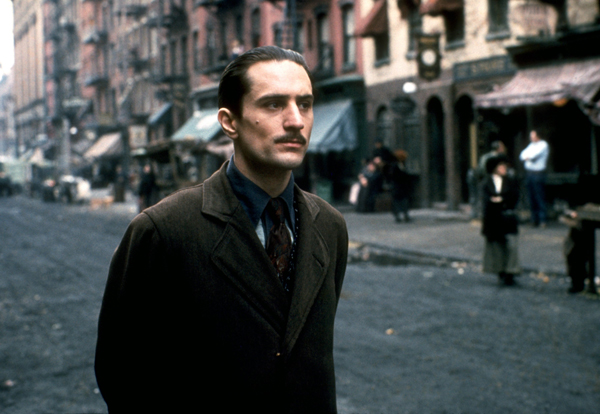 Part II is coming up soon, and like The Godfather, it’ll surely surpass the first instalment, thanks to a couple of alarming movie haircuts, Bobby D’s. films that you probably haven’t seen and definitely shouldn’t and great lines that are neither “you talking to me?” nor “you fuck my wife?”.