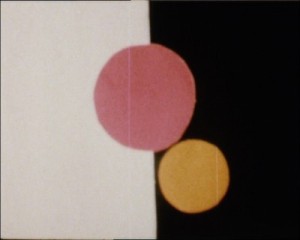 Psychedelia and film go hand in hand (or hand on LSD sugar cube), and the BFI’s Counter-Culture UK programme, screened recently as part of a regular strand called Essential Experiments, proves just that. All of the films shown here would have been screened either at the legendary psychedelic UFO club, the Spontaneous Festival of Underground Film or at the Arts Lab, and as such hold significant places in the cinematic avant-garde of the period.

The UFO club, as both setting and subject of Peter Whitehead’s short film Jeanetta Cochrane (1967) was a nightclub which opened in December 1966 in the basement of an Irish pub in London’s Tottenham Court Road. Felt to the be the ‘epitome of hipness’, this was a place where bright young things and Rolling Stones would go to see music gigs, poetry readings, erotic performances, light shows and other groovy happenings. The London Filmmaker’s Cooperative, which includes film directors shown at this event like Stephen Dwoskin and Peter Gidal, held a ‘Spontaneous Festival’, and showed films at the UFO, which eventually decamped to the Roundhouse in Camden, with the Coop finally moving to the Arts Lab. Bands like Pink Floyd and The Soft Machine would perform alongside psychedelic light shows projected onto bands and audience members, accompanied, naturally, by prolific acid use and pot smoking.

Needless to say, the BFI Southbank is a far cry from the light fantastic of UFO in ’66. I asked William Fowler, Curator of Artists’ Moving Image and this particular screening, if he felt the location took away from the cinematic experience: “I think they can be stand alone films, but it’s nice to have a bit of energy with the films you’re showing… It’s that fine line really, because we can’t recreate what it was like in the 1960’s, but at the same time it does feel quite sober showing it at the BFI”.

Thankfully, the films are groovy enough to make up for the after work crowd of phone-fiddlers. All the works shown at Counter-Culture UK are very much products of their time, and some in particular can be seen as stereotypically far-out examples of Sixties cinematography. John Latham’s Speak (1965), for example, is a rapid-fire animation of swirling circles and dots which flash on and off the screen in an encapsulating and hallucinatory manner. Equally, Beyond Image (1969) by the wonderfully named Sensual Laboratory uses coloured oils projected through variously coloured filters to create a gorgeous, technicolour swirling lava lamp of psychedelic joy. Other’s – like Stephen Dwoskin’s Alone (1963), which films for an uncomfortable thirteen minutes a rather beautiful girl called Zelda wanking in front of the camera, or Peter Gidal’s Room (Double Take) (1969) are far more unusual. In Room (Double Take), Gidal’s roving camera nervously trails around the room, scanning a Twiggy poster, some cult art books, and drug-taking paraphernalia before settling on the image of a 60’s beatnik smoking pot. The film is then repeated in its entirety, in order to challenge and deconstruct the formal elements of film and its structure. 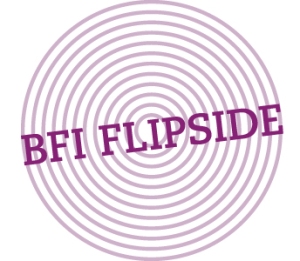 Will Fowler runs the BFI's Flipside strand with Vic Pratt

For Fowler, being able to show stereotypical psychedelia with more unusual experimental cinema, was part of the remit of the night: “Because the London Filmmaker’s Co-op has really dominated the way we see the history of experimental film in this country, particularly in the post-war period, a lot of people kind of look at that work [and its] very particular ideology, focusing on the particularly formal elements of film. I particularly wanted to look at the stuff that maybe had a relationship with that, but also had a slightly different sensibility, and show that there’s a variety of different experimental cinema going on”.

He adds: “It was nice to show the Peter Gidal film, as one of the key components of the Structuralist Materialist movement in the ‘70s [along with] Mark Boyle film Beyond Image, which is an almost stereotypical psychedelic film with oils and bubbles, music and backwards stuff. I’m not sure how often or if ever those films have been shown together, so it’s nice to look at a lot of different stuff from that time and move away from the obvious things which people show”.

This point is made most apparent in the last film of the night, Solar Flares Burn for You by Arthur Johns, a ten-minute experimental landscape film with sliding psychedelic colour effects and an amazing soundtrack by Robert Wyatt. My favourite of the night was Whitehead’s hilarious Jeanetta Cochrane, a collage piece with soundbites (including music from Pink Floyd), shots of a pouty Nico, and real footage of sweaty, out-of-it teenagers swaying euphorically inside the UFO club. It’s particularly amusing for its random, sometimes paisley on-screen text, and the gruff voice-over that criticises the goings-on.

For me, the humour element was unexpected in the films shown, but is clearly an important aspect of Fowler’s other project with Vic Pratt, the monthly BFI cult film night and DVD strand The Flipside. There’s another aspect of the ‘60s counterculture, Fowler explains, which is heavily influenced by humour and leads “towards Monty Python, and references to the Bonzo Dog Doo-Dah band, which again has links to psychedelia, but is also more playful”.

Humour, like psychedelia, is a very British affair, and Fowler is adamant to celebrate British cinema past and present: “I think there’s a lot of snobbery about British cinema, and it would be very interesting to try and look into that precise moment when that shift happened, and people started denigrating cinema in this country. A lot of cinema in the 60’s has a popular culture element that appeals to the masses in someway. But that doesn’t mean that it’s in any way less interesting or less rich or made of any less integrity. And there are so many films that aren’t really very well known, which is part of the reason behind the Flipside project: to try and dig that stuff up”. Cheers to that – and thank the gods someone’s doing it for us.

This work is licensed under a Creative Commons Attribution 3.0 Unported License