Author’s note: A version of this article originally appeared in the March 2015 print edition of Sight & Sound Magazine. 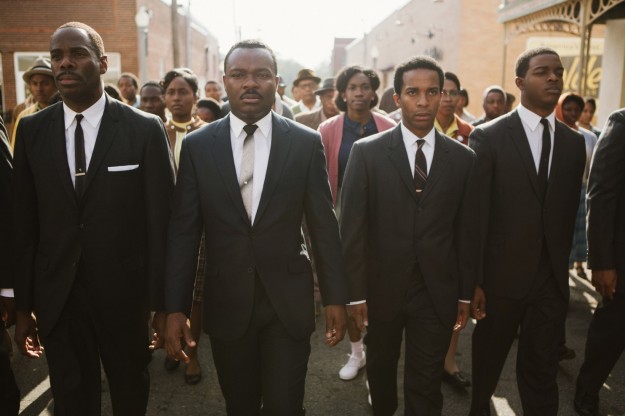 The African-American civil rights movement is broadly agreed to span a period between 1954, with the landmark Brown v. Board of Education court case to end segregation in public schools, and 1968, the year of Dr. Martin Luther King Jr.’s assassination, and the subsequent signing into law of the Fair Housing Act.

The movement has proved to be fecund ground for filmmakers to explore, interrogate and recreate. The latest to do so is Ava DuVernay, whose Alabama-set Selma depicts events leading to the passage of the Voting Rights Act of 1965, a crucial piece of legislation which outlawed racial discrimination in voting. The film is significant for many reasons: it’s the first feature directed by a black woman to be nominated for a Best Picture Oscar; it paints an unusually detailed portrait of the process of nonviolent, direct protest action; it reframes the thrust of the movement from an exceptional ‘great man’ to a grassroots plural, in the process foregrounding the role of women; and — with controversy raging over the unpunished police killings of black males including Eric Garner, Michael Brown, John Crawford, Akai Gurley and 12-year-old Tamir Rice in 2014 — its messages are particularly timely.

Selma, surprisingly, is also the first major cinema release to feature Dr. Martin Luther King Jr. as a central character, indicating that other filmmakers have been daunted by his legacy. While King’s assassination (and the subsequent riots) in April 1968 have been repeatedly invoked as a marker of place and cultural climate in documentaries and historical films (Ali, Get on Up) the only other notable recent incarnation is Nelsan Ellis’ cameo portrayal in Lee Daniels’ The Butler (2013), about a real-life African-American manservant who served in the White House between 1957 and 1986. Instead, significant portrayals of King have been confined to TV movies. Abby Mann’s six-hour biographical miniseries King (1978) featured Paul Winfield in the role; its provocative suggestion that King was the victim of a conspiracy prompted an inconclusive congressional investigation. More recently, In 2001, Jeffrey Wright assumed the role with gravitas in HBO film Boycott, a dramatisation of the bus boycotts in Montgomery, Alabama (1955-6) which prompted the U.S. Supreme Court to rule segregation on public buses unconstitutional. 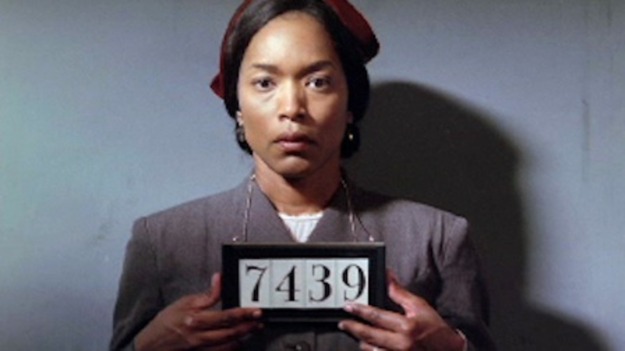 Television has traditionally been the preeminent arena for filmmakers to tell historical stories about the key events and figures of the movement, perhaps because the medium is more suited to a pedagogical approach. This is true for uplifting, informative films like Charles Burnett’s Disney-produced Selma, Lord Selma (1999), which covers much of the same ground as DuVernay’s film, but with a softer touch; and Julie Dash’s biopic The Rosa Parks Story (2002), in which Angela Bassett gives a layered performance as the eponymous community organiser and catalytic figure of the Montgomery protests. In 1991, Sidney Poitier brought his star power to George Stevens Jr.’s TV epic Separate But Equal to play lawyer Thurgood Marshall, the key figure in the 1954 Brown vs. Board of Eduction case.

Conversely, when Hollywood has tackled civil rights, the films have tended to prioritise the experience of white saviours, or sweeten the pill with soothing depictions of interracial friendships. The former is evident in traumatic historical dramas like Alan Parker’s Mississippi Burning (1988), a 1964-set tale of FBI agents (Gene Hackman and Willem Dafoe) investigating the killings of three civil rights workers; and Rob Reiner’s Ghosts of Mississippi (1996), which foregrounds the role of an assistant District Attorney (Alec Baldwin) attempting to convict a white supremacist (James Woods) for the 1963 murder of activist Medgar Evers. The latter, meanwhile, characterises fictional fare like Richard Pearce’s The Long Walk Home (1990), which turns on the decision of a well-to-do white lady (Sissy Spacek) to support her black maid (Whoopi Goldberg) in the mid-1950s Montgomery protests; and Tate Taylor’s The Help (2011), a Mississippi melodrama set in 1963, one year before the Civil Rights Act was signed into law. Selma, refreshingly, refuses to extend this trend—the role of Lyndon B. Johnson (Tom Wilkinson) is deliberately not overstated. In this respect the film has more in common with Malcolm X (1992), Spike Lee’s epic portrait of the charismatic orator who, after initial skepticism, eventually began tentative participation in the movement before his assassination in 1965.

Much of the best contemporaneous civil rights-era cinema focused not on the machinations of protest, but on the lived realities of African-Americans in the segregated south (Michael Roemer’s superb, neorealism-inspired 1964 drama Nothing But a Man), and in the north, where de facto discrimination in housing and employment blighted black family life (Daniel Petrie’s beautifully-performed, faithful adaptation of Lorraine Hansberry’s Chicago-set play A Raisin in the Sun [1961]). Meanwhile odd, daring films utilised high concepts to explore both the absurdity and terror of racism. Carl Lerner’s earnest Black Like Me (1964) told the fact-based tale of a white Texan journalist who spent six weeks travelling throughout the racially segregated south while disguised as a black man. Melvin van Peebles’ Watermelon Man (1970), meanwhile, starred comedian Godfrey Cambridge as cocky, racist white man who one day awakes to discover – to his horror – that he is black. By the end, he’s come to terms with his blackness, and is seen practicing combat with a black militant group: a harbinger of the burgeoning Black Power movement, and a jarring reminder that legislative gains did not end racism. Set in the direct aftermath of the assassination of Martin Luther King, Jules Dassin’s criminally under-seen, Cleveland-set Uptight (1968) – a remake of John Ford’s 1935 film The Informer – follows the final days in the life of a troubled young black man (real-life civil rights activist Julian Mayfield) who finds himself hopelessly caught between his family, the police, the bottle, and his radical activist friends. 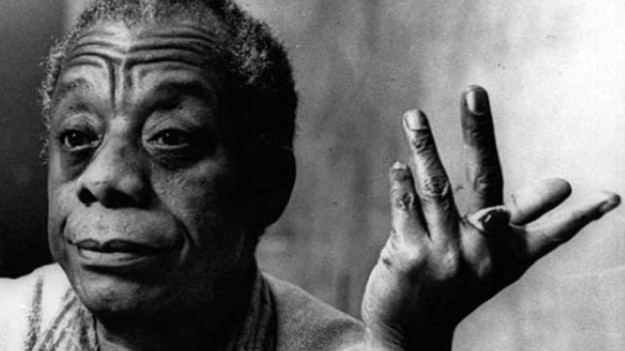 I Heard It Through The Grapevine (Dick Fontaine, Pat Hartley, 1982)

Away from fiction, contemporaneous low-bugdet documentary filmmaking — like Haskell Wexler’s The Bus (1964), Charles Guggenheim’s Academy Award-winning Nine From Little Rock (1964), and Ed Pincus and David Neuman’s Black Natchez (1967) — accounted for some of the most bracing insights into the movement’s internecine and procedural complexity. The great black independent filmmaker William Greaves was commissioned to make a documentary about “good negroes” for public television during a time of growing unrest, but bucked the assignment to deliver, in Still a Brother (1968), a non-pat investigation of the mental revolution that was transforming the consciousness of black people of all classes. 1970 saw the (sadly limited) release of Sidney Lumet and Joseph L. Mankiewicz’s exhaustive, three-hour archive footage film King: A Filmed Record… Montgomery to Memphis (1970), which won an Academy Award, and is now thankfully available on DVD. The civil rights documentary ur-text, however, remains PBS’s mammoth Eyes on the Prize, which covers the movement in forensic detail across 13 hours.

The passage of time has seen a flourishing subgenre of documentaries adopting a reflective approach to assessing the era. These include Dick Fontaine and Pat Hartley’s I Heard it Through the Grapevine (1982), in which author James Baldwin retraces his time in the South during the movement to see what’s changed; Spike Lee’s galling Four Little Girls (1996), about the racist bombing of a baptist church in Alabama in 1964; and Brother Outsider (2003), a study of the openly gay Bayard Rustin, a key figure in organising the famed 1963 March on Washington for Jobs and Freedom. Finally, The March (2013) is both the title and subject of John Akomfrah’s superb commemorative account of the event on its 50th anniversary. It, like Selma, sheds valuable light on a thrilling, terrifying and instructive time in contemporary history.