Just like that, the BFI London Film Festival is over for another year. It’s been a staggeringly enjoyable few weeks of film watching, note-taking, tiredness, putting Twitter handles to faces and socializing with some lovely, lovely people. Here, as promised, is a final round-up of LFF stuff: the good, the bad, the sad and the awkward.

My favourite film of this year’s LFF was Steve’s McQueen’s powerful sex addiction drama, which features an astonishing performance in the lead role from Michael Fassbender, who is emerging as one the very best actors of his generation. It’s not perfect (the final third veers perilously close toward moral melodrama) but it is exceptional, vital, haunting filmmaking, and New York has never looked like this before. [Read full review here].

A good measure of how passionate you feel about a film is how you react when someone else criticizes it. So when a fellow writer sneeringly dismissed Carol Morley’s devastating documentary Dreams of a Life as “The Arbor for ITV viewers” and I flew into a Basil Fawlty-esque rage, it was pretty clear just how much the film had burrowed under my skin. In combining interviews, reconstruction footage and the director’s own research, Dreams of a Life is a  dizzying attempt to piece together the sad story of 38 year-old Joyce Vincent, a North London resident who lay dead in her flat for three years without anybody coming to check on her. It’s about a million things (community, memories, loneliness, love, music, race, London), it’s brilliantly put together, and it will bounce around your head for days, if not weeks. Sad, staggering and totally unmissable.

The audience favourite of the festival was Michel Hazanavicius’ wondrously uplifiting homage to the silent era, starring Jean Dujardin as a devilishly charismatic silent star left behind by the talkies. Although it flags a bit towards the end, it’s technically brilliant, incredibly funny (can dogs be nominated for Oscars?) and totally in love with the cinema.

I had a clear top three, but there were lots of other excellent films I saw that I was unable to organize into a coherent top five or top ten. They included…

THE KID WITH A BIKE – The Dardennes Brothers’ affecting, naturalistic tale of a troubled boy coming to terms with abandonment by his feckless father. [Read full review here]

THE DESCENDANTS – George Clooney shines in a moving, yet satisfyingly dark Hawaiian-set tale of hard life lessons from the reliably excellent yet lesser-spotted Alexander Payne.

SUPERHEROES – Michael Barnett’s consistently amusing, moving and surprising documentary about the ever-growing community of have-a-go caped crusaders that are taking, rather foolhardily, to the streets of America to enforce their own brand of justice. [Read full review here]

I was debating whether or not to include this category, because a) the concept of ‘overrating’ something is essentially meaningless, and b) it just feels a bit like more needless negativity thrown in for good measure. However, when I heard that WE NEED TO TALK ABOUT KEVIN had beaten the far superior Shame and The Artist to the prize of LFF Best Film, my mind was made up. We Need To Talk About Kevin is a weirdly middlebrow horror film, which overdoes the symbolism to a ludicrous degree, and offers practically no further insight into its characters than Eva: not very nice, Kevin: bit of a nutter, The husband: a bit of a twat. Not terrible, then, but certainly not a ‘best film’. A bizarre choice. [Read full review here]

DISAPPOINTMENT & TURKEY ROLLED INTO ONE OF THE FESTIVAL

After the 360 opening night boondoggle, I was convinced beyond a shadow of a doubt that I’d been exposed to the very worst that the LFF had to offer. At 10.06pm on Sunday 23rd October, however, as I stumbled out of the VUE cinema, confused and furious, it became apparent that I was wrong.

What was it that had discombobulated me so? Well, in a nutshell, a Surprise Film that had somehow managed to trump the previous years’ one-two punch of Capitalism: A Love Story and Brighton Rock for sheer disappointment. As surprises go, Whit Stillman’s appalling DAMSELS IN DISTRESS was less a turn up for the books, more like finding a cockroach in your soup.

It felt as though Stillman had begun writing it in the early 90s after watching Heathers, slipped into a coma while Clueless, Mean Girls and even, for Christ’s sake, Juno redefined self-reflexive, ironic teen-girl sass, and then farted this out in a half-sentient state after hoovering up the Wikipedia definition of ‘Mumblecore’.

It’s ostensibly a tale of four airheaded college girls at a privileged establishment, but the basics – coherent structure, narrative, characters you can invest in – are entirely absent, and countless scenes sputter to an unsatisfactory conclusion before they’ve really begun. If it deserves any credit, it’s for a singularity of aesthetic style, with the pastel colours and costumes and cloying TV-movie vaseline glow complemented by the relentless muzak on the soundtrack. (A plus point also for bringing The Wire’s tragic Dukie back to our screens in a small role).

Furthermore, it’s not just unfunny, it’s actively offensive, making light of such delightful topics as anal rape and suicide without providing any context for doing so. It’s also rare to find a film that has as much contempt for its own characters as it does its audience; none of the characters seem to learn anything, improve or even develop. Unclear whether it’s supposed to be a parody of college films or simply of its own staggering awfulness, Damsels in Distress is would-be modish, pretentious, vapid garbage that’s destined to become the favourite film of people you’d jump in front of the 159 bus to avoid.

Despite my hatred of the film, however, the distribution company have been kind enough to provide me with its official trailer. Here it is:

DOWNER OF THE FESTIVAL

I’ve written about it here already, but it’s worth repeating that watching certain films first thing in the morning takes a bit of getting used to. The winner of the IT TOTALLY RUINED MY ENTIRE FUCKING DAY™ award this year was Justin Kurzel’s true-life Aussie crime drama SNOWTOWN. Its veritable cornucopia of paedophilia, incestuous rape, animal abuse and graphic scenes of torture were, quite frankly, a bit much for a 10 a.m. start. [Read full review here]

As anyone who has ever been to the BFI will know, there’s a certain contingent of the audience who likes to laugh a little too hard and a little too loud at the most innocuous things, just to prove that they really got it. However, the daddy of all inappropriate laughs came during a screening of EARLY ONE MORNING in NFT1, a downbeat French drama concerning a depressed, humiliated banker who goes on the rampage. The film is barely two minutes old when said psychotic banker played by Jean-Pierre Darroussin (a hangdog genetic splice between Billy Bob Thornton and Iain Duncan Smith) storms into his office and guns down two colleagues in cold blood. You could have a heard a pin drop in the audience. Well, you could have, had it not been for the absolute bellend who let rip a monster guffaw at the first gunshot, probably imagining that by doing so he was striking a blow against capitalism, rather than embarrassing himself and shattering the spell of an incredibly powerful scene. Arse.

Harry Belafonte in activism documentary SING YOUR SONG, Sean Penn Robert Smith-ing it up in THIS MUST BE THE PLACE, low-budget love Brit story WEEKEND by Andrew Haigh, Werner Herzog’s death row doc INTO THE ABYSS and Dexter Fletcher’s directorial debut WILD BILL. Hopefully the chance will come around soon for me to see all of these.

I didn’t have time to review everything I saw, so I’ve also given everything I did see a handy score, using the rating system of favourite culture website The A.V. Club:

The Black Power Mixtape B

Martha Marcy May Marlene B

Dreams Of A Life A

The Kid With A Bike B+

We Have A Pope C+

Hara-Kiri: Death Of A Samurai B

Early One Morning B

The Ides Of March B-

We Need To Talk About Kevin C+

A Dangerous Method B

And… that’s all folks. I hope you’ve enjoyed the PPH @ LFF coverage. I certainly have, and I’m already looking forward to next year’s festival which will be the first under new Artistic Director Claire Stewart, who replaces the outgoing Sandra Hebron. Thanks for the memories Sandra!

PPH @ LFF – Adrift in New York: A review of Shame

PPH @ LFF – We Need To Talk About Kevin 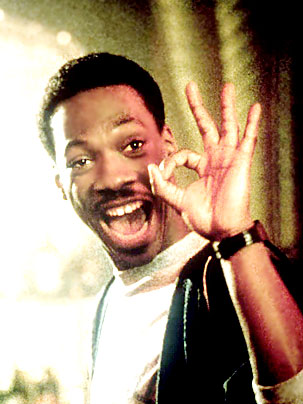