A short while ago on PPH, we brought you the news that, at last, rollerskating’s Cliff Richard was to star in a ribald sex comedy with Danny Dyer. We thanked our lucky stars, and dared not dream it could get any better for the British film industry which, according to the Guardian, is experiencing a golden age.

In its article, the Guardian failed to mention Run For Your Wife. But its oversights didn’t end there. It also somehow neglected to cite the upcoming Kill Keith, which (as a number of publications have already revealed, I’m sure) features TV personality and erstwhile Naked Jungle host Keith Chegwin embarking on a murderous rampage as he tries to kill off celebrities such as Tony Blackburn, Joe Pasquale and Vanessa Feltz.

The truth is, I have to go out now, and I’ve already stretched this item as far as it can go. So I’ll leave you with the film’s QT-aping poster and its marvellously unattributed poster quote. 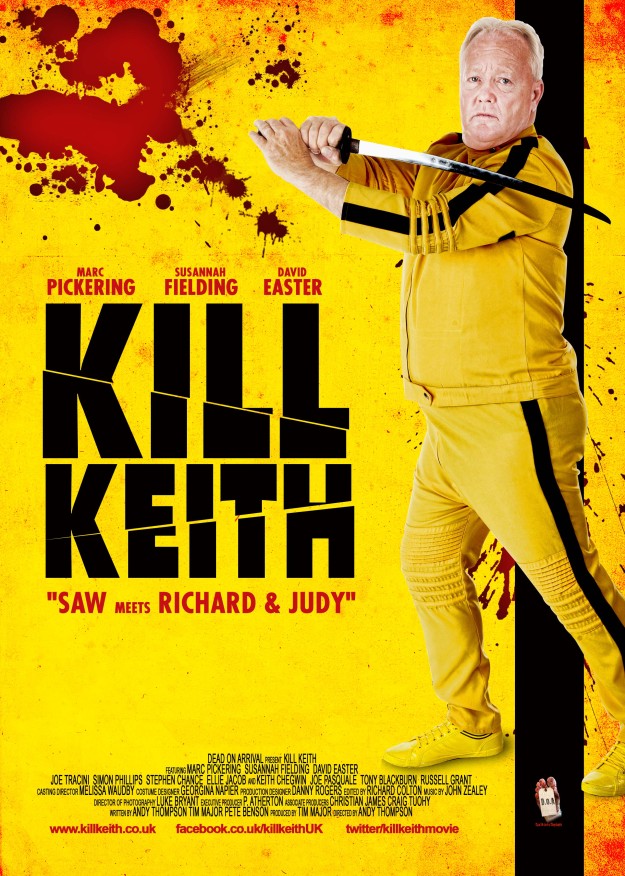 1 thought on “It might be more palatable than Naked Jungle…”