Fan poster for Source Code, apx. 1bn times better than the horrible theatrical poster which has accompanied its UK release

Source Code is director Duncan Jones’ long-awaited follow up to his lauded debut Moon, and stars Jake Gyllenhaal as Colter Stevens, a US army helicopter pilot whose last on-duty act was to crash in Afghanistan. Stevens now mysteriously finds himself in the body of another man on a Chicago train heading for disaster, and what’s more, it’s down to him to save the day.

Following the deserved success of the low-budget Moon, Jones has been lavished with the bucks to make a balls-to-the-wall action thriller. The thing is that Jones isn’t really interested in the crash-bang-wallop readily associated with the genre. At heart, Source Code is a small, thoughtful picture just like its predecessor, albeit swathed in action movie trappings; exploding trains, hi-tech gadgetry, and smirking villains. People expecting  Inception-style spectacle will be wrong-footed. For those waiting for a cross between Groundhog Day, Jacob’s Ladder and Before Sunrise, however, rejoice: your film has arrived.

Following a brisk, tricky and intriguing start, Source Code‘s momentum is stilted by a horribly obvious whoddunnit plot, which is careful to take a few pretty tame jabs at American homeland security on its way to a predictable conclusion … or so it would seem. In the final reel, something odd happens; the film threatens to become a genuinely moving study of identity, consciousness and loss. Almost as quickly, though, a seemingly tacked-on happy ending renders everything we’ve just seen as borderline inexplicable. Unlike, say, Mulholland Dr., which had more than enough texture and ambiguity to keep you trading theories long into the night, the ending here simply prompts you to shrug your shoulders and disappear into KFC. 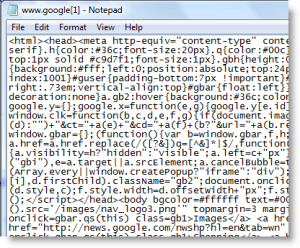 Jake Gyllenhaal turns in a thoroughly decent, likeable performance, as has become his (rather worrying) trademark, though it’s a shame to see actors of the calibre of Jeffrey Wright and Vera Farmiga reduced to cardboard exposition spouts. Michelle Monaghan, meanwhile, does what she can with a role that’s not so much underwritten as lightly shaded in pencil.

In what I suspect was a moment of madness to rival Q Magazine’s full-marks lionizing of soft-rock journeymen Semisonic’s follow up to Feeling Strangely Fine (no, not even the one with Secret Smile on it) The Guardian’s influential film critic Peter Bradshaw gave Source Code a glowing five-star review. I’m not for one moment suggesting that Peter Bradshaw didn’t see Source Code, rather he might have been present at a screening of a slightly different version; namely a late-night cheese-binge dream in which the film had the full courage of its convictions, and Bill Murray in the lead role.

Despite my misgivings, Source Code is solid, and yes thoughtful, entertainment – certainly a cut and a half above the majority of blockbuster fare that’s out there. Oh, and there’s a nice nod to Quantum Leap in there too – just stick around for the credits and you’ll be able to suss it out.