Here is the trailer for Jerry Seinfeld’s 2002 documentary Comedian. I watched this brilliant spoof of hackneyed promos, decided that the actual film was never going to be able to touch it, and resolved to never bother seeing it.

The speaker’s desperate, frantic resorting to lazy cliches reminded me of comedy duo Stewart Lee  and Richard Herring‘s fantastically arbitrary sitcom ideas from the mid 90s, which always, for some reason, involved someone called Ian. Samples (and here, I offer my gratitude to Wikipedia) included:

Ian Roll is a driving instructor, Ian Reversall is a baker. Due to some kind of accident they are forced to swap jobs. With hilarious consequences.

Pie In The Sky

Ian Pie is the landlord of the Sky pub. In an attempt to attract custom each week he buys a different giant pie which goes wrong and ironically scares the public away. With hilarious consequences.

Ian Myy lives in a flat. His upstairs neighbour borrows one of his cups and then doesn’t return it. The series details Ian Myy’s contrived and failed attempts to get back the cup that is rightfully his.

Babes In The Wood

Two babies live in a piece of wood. Simple but brilliant.

Ian Chalk and Ian Cheese are two men. They are very different. As different literally as chalk and cheese. Consequently they don’t really get on but occasionally they do something which makes them realise they are more similar than they initially thought and then Ian Cheese falls in a stream to break the seriousness of the moment.

Ian and Iain Bent are brothers who are policemen. One is corrupt and the other is homosexual. They both suffer from curvature of the spine, and they’re made of copper – they’re robots in the future.

Ay On The Ball

Adam Ay, who used to do the video game reviews on Live & Kicking, loses his to legs in an accident. Zoe Ball feels guilty that he was sacked and so offers to carry him around on her back thus he is literally ‘eye on the ball’. If Zoe not available then Johnny Ball definitely is.

Honey I Swallowed Some Seamen

Rick Moranis plays a hapless professor who accidentally turns himself into a killer whale. Each week he attacks a ship and eats some sailors.

It’s about cats who can talk, going through the change of life. Possible Eddie Izzard vehicle 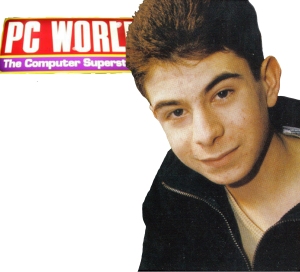